When numerology was created, most of the numerologists created only core numbers that cannot be reduced any further. But later on, this theory came that numbers also impact is in a particular series of combinations. There is a certain set of numbers in numerology that is very powerful and has supernatural meanings. These numbers are special and to be predicted as the series is, for example, the angel number 333 where number 3 is repeated thrice. The number 3 has a special vibration and is associated with several symbolic meanings, such as birth, life, and death. It may also represent the past, the present, and the future or men, women and children. It can also be related to what is material, mental and spiritual.

Number 333 in Numerology- Attributes and Characteristics

It is also the number of currently known dimensions (3D) in our Universe. It should also be noted that the Earth is but the 3rd planet in the solar system. In the science of numbers, number 3 refers to communication and sociability.

In Pythagorean numerology, number 3 is for creativity, innovation and taking actions. When this number is repeated thrice makes it equal to 9 (3+3+3). Technically, it has all the qualities of number 3 in abundances like growth, an absence of conflict, freedom, adventure, excitement, and joy.

When number 3 appears, it is the imminent realization of one’s desires, which means that major positive changes will be occurring in their personal and professional life. This is a very significant number that is positive and rejuvenating. It has the energy, that gives the power to accomplish a major expansion, It can also give growth or increase that affects life in a more positive manner.

In Vedic numerology, Number 3 represents planet Jupiter which signifies Knowledge, wealth, creativity and guidance. It has a special relation to every third in the series, such as 3, 6, 9, and all their additions. These numbers added together in any direction produce a 9 as their final digit, and the 3. 6, 9 people are all sympathetic to one another.

These series of numbers are also called angel numbers because they are supernatural in nature. It is believed that seeing this number means that the angels are near you. These angels are pointing out that ‘Yes!’ I know what you need, be patient as you will get it.

It indicates a ‘Yes’ to absolutely anything, and that it is the right decision for you. It indicates that something will happen, even if sometimes it isn’t what you expect, or when you expect it because it is an explicit sign. One thing that should be sure of is that the help is around you so forget that you will ever go wrong.

Through this is a very meaningful number which leaves a lot of positive indications with its appearance. The vibrations of this number will allow you to accomplish a leading expansion, growth or increase, that will affect your life in every sense. Before the big gift, one has to be completely ready for it and that can only happen if you will be able to connect to the spiritual world through these numbers.

It is true that these protective angels are always present in our everyday lives, In the best of times and in the most exquisite situations. They are observing everything we are doing or what we do or what we hesitate to do. They understand every single thought of ours, probably better than we do because they are our friends or support from a spiritual world.

They see all the vibrations, whether positive or negative, that affect us one way or another. Because they cannot match the same wavelength as ours they find out ways to poke us, to show us the right path through numbers or series of numbers. What matters most is that we notice and recognize these hints by our angels, because they are meaningful.

In other words, this number 333 gives a very clear hint to anyone who sees it that you may receive their unconditional love and support. These angels will give you advice regarding your development, your progress even in your darkest hours when you would want to look back and analyze or plan for your future. You may have doubts, and that is quite normal, but your Guardian Angel will never let you down.

They will relentlessly try to communicate with you. Again, if you pay attention to his message, rest assured that your life will change in a concrete and undeniable fashion. If you are not able to catch their signals then also they will not stop and will constantly give you signals until you are able to understand it.

Some people also say that this number 333 has the significations of number 3 in the most powerful ways. It is more than a master number, more supernatural and more spiritual. Maybe more powerful to achieve goals since it reduces to 9 which itself is a number related to a god. Number 9 is such a powerful number that anything that adds up to 9 reduces to itself. 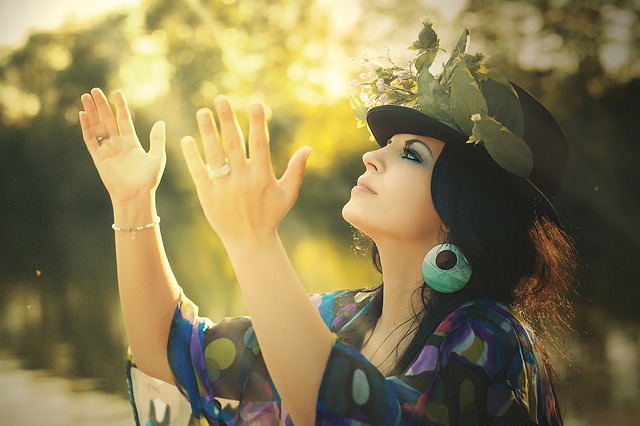 Last but not least, we can really call the number 333 as lucky but in a limited manner probably because it is not related to any material gains. It is more of a spiritual gain that we get as a result of this number. The energy surrounding the number three helps create a connection between imagination and action.

Between thinking and doing, basically. If there’s something you’ve always wanted to do, this energy will inspire you to take action. You will be lucky if you follow the steps hinted by your angels. The result may not be immediate but it will be there at the right time but the action has to be taken now which only you can take.

Understanding Astrology and its Ability to Change Lives

Tarot Cards and How They Influence Our Lives

Tarot Card Reading 101: Everything You Need To Know

7 Misconceptions about Numerology that Need Addressing